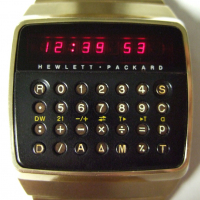 I'm writing a minifilter which has several functions, one of which is identifying files for processing based on extension. In the interests of time I tried using FltGetFileNameInformation like so:

As taken from line 2505 in this Microsoft minifilter example, with code generated from the MS minifilter project wizard. In my case every file has a valid PFLT_CALLBACK_DATA so the else clause is never invoked, and while the PFLT_FILE_NAME_INFORMATION seems to have valid fields (including the filename showing the correct extension), the EXTENSION field is almost always null. For NAME_OPTIONS I've tried both of the following:

I fear I'm doing something wrong/dangerous since that EXTENSION field isn't being populated correctly so I thought I'd check with the experts before I proceed relying on my PFLT_FILE_NAME_INFORMATION. Thanks.