Why can't we write less than the sector size when the WriteFile handle is PhysicalDrive? 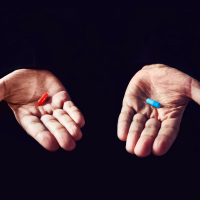 I learned that when you try to write less than the sector size using WriteFile when the handle is PhysicalDrive, you'll get the error ERROR_INVALID_PARAMETER, and based on other questions asked here its because when writing to disk the size parameter of the WriteFile has to be multiplicand of the sector size.

so basically i have three questions: