My FSD and Miniport together 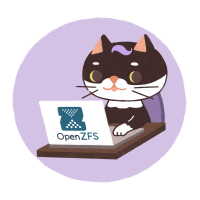 So I am trying to address the missing feature where you can create a virtual hard disk - and reading posts around here, I get the impression that it is recommended that I use a Miniport storage driver.
I found some random sample "WDKStorPortVirtualMiniport" and I am reading http://www.osronline.com/article.cfm?article=538 - so far so good. Looks quite straight forward.

However, I already have a DriverEntry for my Filesystem. I now define and call StorPortInitialize(), then setup(overwrite?) my DriverEntry callbacks.

But this appears to "steal" the callbacks from StorPortInitialize(), and I am unsure how to call into StorPort with its IRPs when I receive them in my dispatcher.
Is there a call for me to relay the IRPs to StorPort?

Or perhaps it should be the other way around, let StorPort take all the callbacks in DriverEntry, how do I tell StorPort to call me for the FSD related IRPs?

What is the typical setup for people who have a FSD and Storage in the same driver?