The new wil library for C++ code in drivers 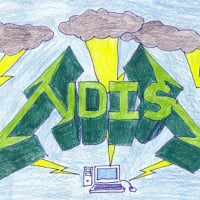 If you write your driver in C++, I'd like to draw your attention to one of the less visible outputs of the Microsoft Build 2019 conference.

We released a library called "wil", which you can get here: https://github.com/microsoft/wil

I can't articulate any single unifying theme of the library; it's just a collection of useful little wrappers. It won't change your life, but it might mean you can avoid a few memory leaks.

wil was primarily developed by the Windows shell team for writing usermode code, but the NDIS and Bluetooth teams have contributed some small kernel-specific features. Here's a few examples of how you can use wil in your kernel driver:

The wil::unique_any type works like std::unique_ptr, except instead of managing a block of memory, it manages a handle to something. It's designed to be specialized for each type of handle in the OS. So for example, wil::unique_wdf_common_buffer works as a wrapper around a WDFCOMMONBUFFER handle. It automatically calls WdfObjectDelete when it goes out of scope.

(Note that wil::out_param can clean up that example even further; C++ is working on standardizing that: https://wg21.link/p1132 .)

You're encouraged to add your own specializations. So for example, wil doesn't currently have one for NDIS NBL pools, but you can create one by adding 1 line to your code:

This creates a type called unique_nbl_pool that holds an NDIS_HANDLE, and will automatically call NdisFreeNetBufferListPool when it goes out of scope, if the handle value is not nullptr.

wil includes a scope guard. (C++ will get one soon: https://wg21.link/p0052 ) This is a common thing for people to want; you may already have your own scope guard. But if you don't have one, well now you do:

A subset of the STL

But for kernel developers, wil ships a subset of an STL implementation. To avoid conflicting with the real STL, it's available under the wistd namespace. The rule of thumb is that wistd::foo is a drop-in replacement for std::foo.

The library also provides a clone of std::unique_ptr. So now you can do:

(Note also the use of wil::function_deleter, to make it slightly more convenient to provide a custom delete functor to unique_ptr. I think there's some effort to push this into the real STL.)

FAQ: what's the difference between this use of unique_ptr and the prior example of unique_any? unique_ptr holds a block of memory that you want to reach into. So it makes sense to say nbl->Status = x;. unique_any holds a handle value that you can't dereference directly. You can't say `nblPool->???? = ???;'.

This version of wil has an early cut of our thinking around a safe lock wrapper around KSPIN_LOCK, named wil::acquire_kspin_lock. It's best explained with an example:

Note that, in addition to preventing a leaked lock, you also don't have to fuss with OldIrql. It's still there, and you're still raising to DISPATCH_LEVEL like before, but now it's happening automatically. (Whether you think this is a bug or a feature is up to your tastes. If you don't like RAII types that hide IRQL changes, then don't use wil::acquire_kspin_lock. For what it's worth, I've been tidying up the implementation of NDIS.sys by hiding a lot of these sorts of mechanics, and I prefer to see only high-level code. But I am aware that there are many excellent developers who want to explicitly see every meaningful state change, including IRQL changes.)

First off, let me point out that this library is used to implement large parts of the OS. There are hundreds of developers here who use it. So unlike, uh, some other things that get tossed onto github, this project is not likely to wither and die tomorrow.

There are, however, only a handful of kernel developers working on the library, so the kernel support has been coming along much slower. I'd like to expand the existing kernel features in depth (more builtin handle types, more types of locks), but also depth (wrappers for KEVENT and LIST_ENTRY, help for paging code, a story for operator new, generic atomics). I've also had to admit failure on some experiments in wrapping UNICODE_STRING and WORK_QUEUE_ITEM, but would love to see someone smarter than me solve these.

One of the most valuable parts of the library -- error checking & logging -- doesn't work at all in kernel mode. I am sure it's possible; we just need someone to sort it out. (I'm not trying to hint that you should do it; we own this and will get to it eventually. But if you do figure it out, we do accept pull requests!) This sort of stuff ends up being really useful in C++ code, since you can get a nice log of where the failures are, without cluttering your code with a bunch of printfs.

Anyway, this code's another tool for you to write drivers with. Give it a try if you like. If something is broken, open an issue on github or try and catch my attention here. We want it to be useful for people outside of the Windows team too.