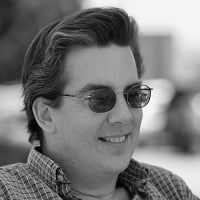 Like others before me, I'm trying to create a virtual display driver using the Idd(Cx)SampleApp from the WDK for Windows 10 1903. I've written for Windows since the late '80s, but I'm new to the DDK/WDK. I've been working on this for several weeks, and I've read everything relevant that I can find online.

In a response to a older post from someone attempting a similar goal, Marcel Ruedinger (Datronisoft) stated:

The downside of both: Currently they both need real hardware.

This was a non-starter for me, because I'm trying to create a virtual display (adapter/monitor) with no hardware backing (1).

Marcel Ruedinger
For those who want to go beyond the regular and documented scope of Windows operating system support and really write a contemporary virtual display driver:

Voila - there is your virtual display!

So, I added a USB Bus Emulator driver project to my solution.

Hint: I heard that the above named IddCx sample can supposedly even be operated without hardware (2) when starting Windows with "Driver Signature Enforcement" disabled (F7).

Hmm, I assumed that the emulated USB Bus eliminated the need for physical hardware...?


And then a bit later, I discovered the following discussion involving Doron Holan and Marcel Ruedinger, leading me to think I didn't need the USB Bus Emulator driver after all...:

Doron Holan
...
You need a root enumerated bus driver which will then enumerate a child display device(s).
...

I have a driver based upon the IddSampleDriver from the latest WDK, signed with a test cert. With Driver Signature Enforcement disabled on the Windows 10 Pro [1903] VM, I'm able to install it successfully (at least, there are no obvious signs otherwise -- I wasn't ever able to get driver install debugging working).

I'm at a disadvantage, because I haven't worked on Windows drivers before. I don't know what to expect, and sometimes it's difficult to know whether something is a real problem or my expectations are just wrong. Books and documentation are helping, but it's been slow going.

(1) At least for now. The virtual display(s) may eventually be backed by something. TBD

(2) I took this to mean that using this approach, the "virtual display" driver I'm trying to create didn't need to be backed by hardware. However, now I realize Marcel may have been saying that that's only possible during testing, when Driver Signature Enforcement is turned off.

(3) This device is not configured correctly. (Code 1) This operation returned because the timeout period expired. To find a driver for this device, click Update Driver.