Using FltCreateFile on paths from MUP that are Normalized 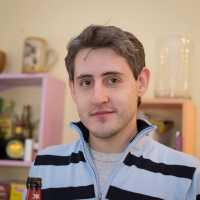 I've recently met a scenario where I'm trying to open a file for reading from a mapped shared directory (Z:\file =>\\share\folder\file)

I'm using FltGetFileNameInformation/Unsafe (depending on whether I'm in a filesystem callback, or a loadimage / createprocess callback) to get the file name, and open it for some processing inside the kernel driver.

This does not seem to be a permissions issue, since
1. I'm in the context of the process that has access the file in question, and when I'm not, I'm impersonating correctly
2. the error is NOT ACCESS_DENIED /STATUS_LOGON_FAILURE

Anyone cares to help me figure out what's up?
I've ran previous tests by accessing a remote folder directly, without mapping it, and had no issues accessing the normalized paths.