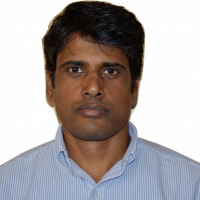 Hi,
I'm trying to write a KMDF driver for I2C using SPBCx framework, the I2C command should be sent over the USB Stack to the Controller connected to USB Port 8. The API call

fails with the status code 0xc0000010 (STATUS_INVALID_DEVICE_OBJECT) all ways.
also the "WdfCmResourceListGetCount" return 0.

I'm using the ACPI to define the resource and Device Id.

Why Resource count is 0
Can I communicate to USB Stack from the SPBCx KMDF driver?