Is it possible to set a cond breakpoint which checks the value of eax every time any ret occurs? 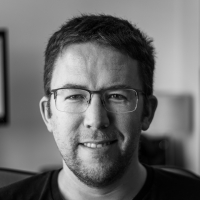 I'm trying to debug a strange issue where a 3rd party piece of software fails to connect to a named pipe when our software is installed (our software can create security tokens). The software gets STATUS_ACCESS_DENIED when trying to attach to the pipe. The token we've provided is an admin token which looks almost identical to a normal admin token with the addition of one deny ACE. The DACLs on the named pipe appear to show that administrators can connect to it (and I have done so with our token and a test program despite the real software failing in NtCreateFile).

I initially thought that this STATUS_ACCESS_DENIED must be coming from SeAccessCheck or one of its new undocumented brothers like SeAccessCheckWithHint. However, I've investigated all the access checks which occur on the thread and found they all return TRUE despite NtCreateFile returning that status.

I'm now puzzled because I don't know any other functions that use STATUS_ACCESS_DENIED so I can't work out where it's coming from. I wondered if it was possible to simply trace every function call and break if any function returns that NTSTATUS. Is that possible in WinDBG?