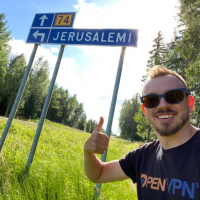 I am working on ovpn-dco-win - a new kernel driver for OpenVPN. We have some test automation in GitHub when we run HLK tests using AutoHCK. The driver works on IP layer and therefore *MediaType value in .INF file is set to NdisMediumIP (19). With this value, HLK Studio only detects "generic" features of the device, such as


With missing network features HLK studio doesn't run NDIS tests, such as connection tests involving two machines. I tried to add missing features manually, but this didn't work - NDISTEST tool on a test machine shows modal message box with the text You must select at least one test to run. The same thing happens when I run NDISTEST tool - it just doesn't show any tests to run.


If I change *MediaType value in .INF file to NdisMedium802_3 (0), HLK Studio detects abovementioned network features and I also do see lots of NDIS tests in NDISTEST tool.


So my question is - is it possible to run HLK NDIS tests for network devices which work on IP layer? So far the only way I see is to use NdisMedium802_3 and account for ethernet header, but I am not sure I want to implement this just for testing purposes.