Playing audio on a virtual microphone from user-mode app 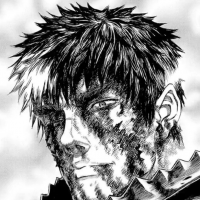 Hello members of this incredible forum filled with great knowledge! I'm a very beginner on this domain so excuse me if I write erroneous or inaccurate stuff and feel absolutely free to ask any details I may forget.
.
Alright so here's my situation: I'm receiving a stream of audio (an array of bytes of raw PCM in a fixed known format each 50ms on average) coming from a UDP connection, I'm using an MFC user-mode application to actually receive that audio and my goal is to be able to send it to my own virtual microphone and make it so the microphone will output that particular audio.
.
The closest sample to my goal (that I could find) is the SimpleAudioSample project: It already has a virtual microphone and it even plays some basic sinewave tone on it! So I just removed the parts concerning the virtual speaker that I don't need, commented the code that generates sinewaves, and managed to add a working IOCTL that is allowing me to send an audio buffer from my user-mode app to the driver, but the step I'm really struggling with is actually setting the virtual microphone's buffer with this buffer coming from my user-mode app.
.
My first idea was to basically set a global pointer to the last CMiniportWaveRTStream created in CMiniportWaveRT::NewStream, and each time I receive an audio buffer through IOCTL, I would set the m_pDmaBuffer member of that stream to my received buffer with something (probably wrong) like this:

However, the moment I try to set the global pointer of the last stream created inside CMiniportWaveRT::NewStream: 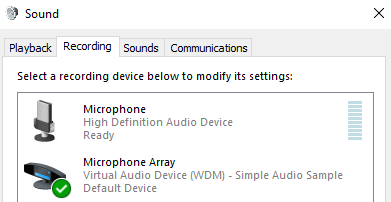 I don't really understand when/how streams are created, I noticed for example that when I open the **Recording **tab in the sound settings window, a new stream is created, and when I leave that tab, that stream is closed.
Or maybe I should proceed completely differently? I've read that some use Ring Buffers but I'm not quite sure what I must use in my situation, any help would really be appreciated, thank you!