How to access the PCI Config Space from a different device? 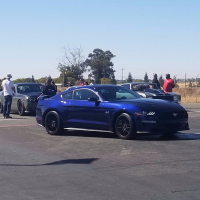 On Linux is as easy as just jumping two levels in the file system, but not sure how to get this info on Windows Kernel.