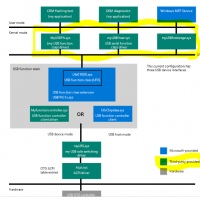 lokichitti Member Posts: 77
July 2 in NTDEV
Hello All
Can anyone suggest me any tool for windows 10 or windows iot core to capture detailed trace logs. However we are using Trace view tool, but with this tool we are not getting API names which is causing the error. Please name us a tool which help us in getting this logs with API/Function names.