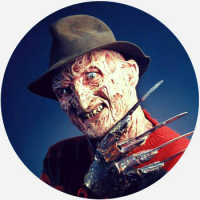 I am trying to write simple WDM driver to catching device object that associated with plugged device. Basically i wrote DriverEntry such as following;

But somehow, when i plugged flash memory or any device that connected with usb this function was not called. I tried KMDF driver with this function;
status = WdfDeviceInitAssignWdmIrpPreprocessCallback(
DeviceInit,
DispatchPnP,
IRP_MJ_PNP,
NULL,
0);

but it doesnt worked. I dont understand why. How can i catch device object which is associated plugged device?