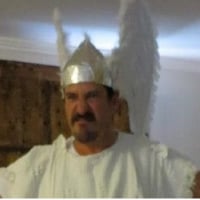 Just to HLK sign a driver for every flavour of Windows 10?!!?????!!!!! And I thought this was supposed to get easier! At least with the old HLK you could sign everything UP to the max version!

No doubt the test client needs to be every flavour of Windows '10' too... (Just what is Vbox going to look like after this!)

OF course you can self attest a driver for windows 10, with a .cab file, but how about if you want that same driver package to be signed for windows 7 and windows 10?

You have to run HLK 8.1 on a 7 client, and generate a .hlkx, now how do you combine this package with the .cab file?

There is nothing online about this, of course, well, at least nothing self evident, of course it might be mentioned in an obscure link somewhere....

So, to do a combined submission for windows 10 and 7, do you:

a) Install half the known universe and spend the next month swearing.
or...
b) Combine a .hlkx and .cab file into one.