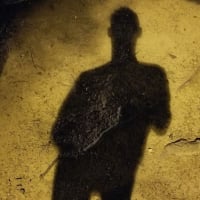 Jamey_Kirby Member - All Emails Posts: 449
March 2017 in NTDEV
Git all the way. You can use GitHub, GitLab, or host your own GitLab.

> well that is actually a ridiculous question. mercurial is a dead end. It
> has been superseded by git. hg would be an imposed legacy code base
> requirement, like the awful p4, not a choice.
>
> In other words: use the git, luke.
>
> Oh and git is pretty fabulous, although it does take a while to git the
> hang of it. Plus there are a wealth of resources out there for hosting your
> repos in the cloud, for hosting them internally, of integrating your SCCS
> with code review, bug tracking, agile development, automated building and
> testing, and automated deployment if the spirit moves you.
>
> ---
> NTDEV is sponsored by OSR
>
> Visit the list online at: <
> http://www.osronline.com/showlists.cfm?list=ntdev&gt;
>
> MONTHLY seminars on crash dump analysis, WDF, Windows internals and
> software drivers!
> Details at
>
> To unsubscribe, visit the List Server section of OSR Online at <
> http://www.osronline.com/page.cfm?name=ListServer&gt;
>
0 · Share on Facebook