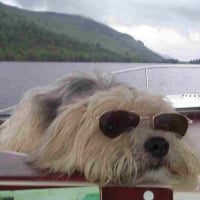 Re: Monitor New Creation File on pre&post call back 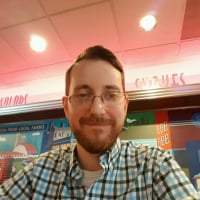 Re: Using CreateFileW to get a handle to a display adapter device for DeviceIoControl

If my process exits without calling CloseHandle on the returned handle, is this cleaned up like a file handle would be?

It IS a file handle. No more, no less. The same semantics apply.

Re: Using CreateFileW to get a handle to a display adapter device for DeviceIoControl

Your ioctl code indicates whether it needs FILE_READ_ACCESS or FILE_WRITE_ACCESS. You need to have the corresponding permission in your CreateFile call.

Requested sharing mode -- If RequestedAccess param is zero, does this matter?

Exactly like a file. If you specify 0, then no one else can open the handle for read or write.

“Right. Like people are going to move their shit from Windows to Linux just because we won’t let them update their Win 7 drivers. Right. Sure. You’re nuts.”

I'm amazed they don't acknowledge this. Two of my clients (both in the defense world) have had me switch their telemetry systems from Windows to Linux precisely because of these short-sighted policies from Redmond. The simple fact is, the operating system Just Doesn't Matter any more. It is totally irrelevant. I'm now quite adept at writing user interfaces and processing systems that work identically on Windows, Mac and Linux.

I have previously told my personal story. After a lifetime of being a Windows "fan boy", about 7 years ago I bought a MacBook Air 13 for my primary home laptop, just because the package is so sexy. I was AMAZED how quickly I made that transition. After transferring files, I never started my Windows laptop again. (And, by the way, the MacBook Air 13 is by far the best laptop I've ever owned). However, because Apple is now making what I consider to be short-sighted decisions, this month I bought an LG Gram 17 from Costco, wiped Windows, and put Ubuntu 20.04 on it. Again, I am AMAZED at the ease of the transition. Since firing up the LG, I have not turned on my MacBook, and I don't miss it.

Read the blog post, where I describe all this: https://www.osr.com/blog/2021/04/08/lost-cause-no-driver-updates-allowed-except-for-win-10/

Doesn't Attestation signing the driver mean that it will load only in Windows 10?

Here, once again, we run up against the significant and often overlooked difference between INSTALLING a driver and LOADING a driver. An attestation-signed driver package can only be installed on Windows 10, because they have scent-marked the CAT file to do that. If you are a PnP device, this means you.

HOWVER, if you have a non-PnP driver that does not need an INF file (and that's a significant fraction of the driver market), then you don't care about the package or the CAT file. And in that case, an attestation signed DRIVER will happily load all the way back to Windows XP.

IMHO with this one you can give the new Microsoft Q&A system a try.
Post with tags windows-10-security, windows-10-application-compatibility, maybe windows-10-general. Share your file via Google - oops, OneDrive.

INTEGRITYCHECK linker switch is quite special and only rarely required, e.g. for AMSI provider DLLs, processes talking to WSC, Antimalware protected process light, etc. Code signing verification in that case is similar to legacy driver verification and as such requires cross signing with Globalsigns cross cert toward the Microsoft Code Verification Root CA. Manual verification via signtool requires /kp the kernel mode policy switch, which unfortunately only works with secure boot disabled.
The bad news is that the Globalsign cross cert expires 2021-04-15, which is next week, and will not be reissued by Microsoft. This basically means you can not use Globalsign any longer with Integritycheck binaries. As I am in the AV industry and a member of the Microsoft Virus Initiative I do know quite a bit more of how to continue after that date, but all that stuff is still under NDA...hope that clarified a bit.