Home› Best Of
Before Posting...
Please check out the Community Guidelines in the Announcements and Administration Category.

This just plain and simple isn’t supported. Seriously. The OS has no provision to allow you to safely enumerate and/or interrogate memory pages that you do not own.

You OUGHT to be worried about compatibility, and I don't think we know the answers.

Re: Easiest way to find the type of storage port driver?

So any idea how can i find the port driver of a given miniport?

Re: How does ntoskrnl load the port drivers without creating Driver Objects?

If the port driver is only loaded as an export driver, there is no driver object. 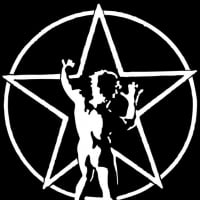 First of all, thanks ThatsBerkan, I'll give it a try!

2Peter_Viscarola_(OSR) and Don_Burn: Much worse than malware, but a security product. Also, I don't get it - malware or not, this forum is devoted to system development, drivers etc. My question is valid, so what's the point? Do you think driver development is VIP club or something? Do you really want to keep 'simple mortals' in a dark while looking with superiority from your Ivory Towers? This is not gonna work guys. You can't hide knowledge, just delay its spread.

and I've closed this thread on the base issue, which is MSFT's impending policy that will prevent drivers on systems other than Win10 from being updated without passing WHQL.

If there are other questions on the base issue, folks can post them wherever and we can discuss whether we should re-open this thread.

I think Mr @Mark_Holiday has gotten as much help from us this specific issue as he’s likely to get. If he has additional questions, let him ask in a separate thread.

But we’re going in circles at this point.

How about just not registering the device interface for your PDOs. This is effectively a private device object that you’re using. Just don’t call WdfDeviceCreateDeviceInterface. Open the device from your app(s) by name. Problem solved.

But I am still confused as to what you need. These UM components obviously communicate via network protocols now right? It could be TCP or UDP or CDP, but it is some kind of network protocol, or else there would be no use in a virtual NIC - they couldn't use it unless they use the winsock APIs somehow

Windows has support for bridging interfaces in box since at least Vista IIRC, so just making a bridge driver would be a waste of time

if the IP spaces conflicted, it would be far cheaper to buy a router and program a hairpin NAT than to develop a driver like this

perhaps you want your PDC to stop using a network protocol? In that case, the sockets opened by the other UM processes would have to terminate in your driver, and you could then use inverted call to pass the data up to PDC. KM sockets are well understood and long supported, but the performance difference versus well (or even poorly) coded UM sockets is usually small and they are much more complex to work with (just as everything is harder in KM)

perhaps you want to multi-plex or proxy your PDC in some way? That might be reasonable, but I don't read that into anything you have said.

Yes it is possible to write a bus filter driver for usb. It is a lot of
work. KMDF does not support bus filter drivers, but with a bit of effort
you can use kmdf to do most of the work and then escape out of kmdf to do
the rest using WDM.