The free OSR Learning Library has more than 50 articles on a wide variety of topics about writing and debugging device drivers and Minifilters. From introductory level to advanced. All the articles have been recently reviewed and updated, and are written using the clear and definitive style you've come to expect from OSR over the years.

Check out The OSR Learning Library at: https://www.osr.com/osr-learning-library/

Please check out the Community Guidelines in the Announcements and Administration Category. 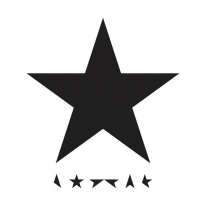 I've encountered a code in a driver that for some reason (and let's put this reason outside of this thread), initialize huge arrays in the code...
It is an inline function resides in header file (Let's say imp.h) and function is called of course from a C file lets say called call.c, the function looks like:

I know it is a strange code but let's don't deal with here, the question is the differences between checked/free builds

Now, when I compile this code in checked build environment, it takes me less than few seconds in order to compile & Link the code to a working .sys file!

than I replaced __inline with __forceinline

and than I got this error (again, after very long time):

What I see in this meantime in the build window is "Compiling - generating code..."

1) why is the difference between checked and free builds? I would expect them to behave the same in this manner...
I just add that there are not #ifdef or something around this code...there are also no special definitions for DEBUG build (except the DBG define)

2) my conclusion is that it is bad idea to put these very large arrays + not realistic idea - am I correct ?